Is It ADHD? Other Attention Problems 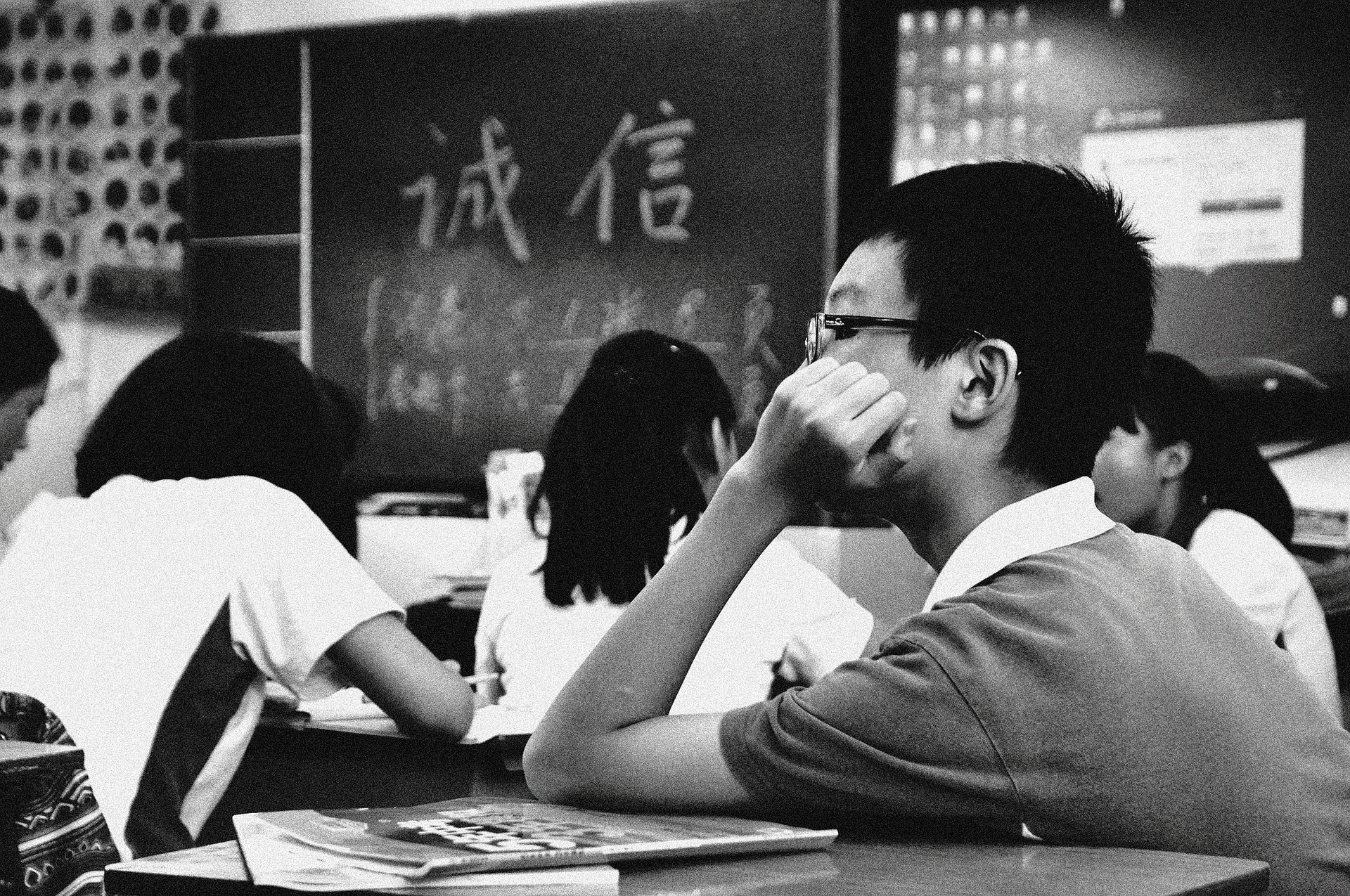 At home or in the classroom, it’s easy to classify persistent lack of focus or not paying attention as ADHD. We hear about it all the time, and it’s become a bit of a cultural assumption, but is that always accurate?

While ADHD is absolutely a widespread mental health issue, it’s entirely possible that something else is responsible for unfocused behavior. It could be anything from a kid with a lot of energy to a serious psychological diagnosis of some alternative issue. Because those that live with ADHD do have some variation of attention issues, struggle with impulse control, and may not always sit still, other potential disorders may be overlooked in favor of the “easy answer”.

The truth is, there are a number of different experiences, disorders, or environmental factors that can influence a child’s ability to pay attention or participate in school. While it’s true that children do typically have a shorter attention span, they’re far less likely to communicate or be able to communicate every aspect of their personal experience. That makes it hard to recognize certain potential disorders from simple observation.

What else could it be?

If you notice a child is having trouble focusing in class, at home, or anywhere else and you think it might be ADHD, it’s important to really work with that child to determine where that distraction is coming from. It very well could be symptomatic of ADHD, or it could be something like anxiety or a learning disability. Each situation requires careful, professional consideration before an accurate diagnosis can be made.

So what do you look for? Here, we’ll talk about a few of the experiences or potential disorders that are often confused for ADHD. In some cases the symptoms overlap, but it is of course important to refer to a medical professional before self-diagnosis.

One of the hardest possibilities to consider is that a child might have undergone some experience that left them with a persistent stress level or some degree of trauma. If a child is subjected to a particularly traumatic event, or lives in a consistently stressful home environment, they may develop symptoms associated similar to PTSD. In severe situations, they may develop full PTSD as a result of acute violence, loss, or disturbing experiences.

For children facing these situations, a sort of hypervigilance or insecurity is common. They may be wary of their environment, and fixate on certain things, drawing their attention away from their daily activities. In these instances, the persistent focus on their environment may appear to be ADHD, as it may hinder their focus on things like class or lessons.

Being easily startled, uncomfortable sitting still, or looking unfocused are symptoms of trauma that may at first be identified as symptoms of ADHD. It’s imperative that teachers, parents, or professionals be aware and sensitive towards students so they can approach the student and accurately assess their circumstances.

Learning disabilities are as complex and varied as the symptoms and intensity of ADHD, and in some cases the two can look incredibly similar. The hard part about diagnosis a learning disability is identifying the particular cause of trouble.

It may be something as simple as not being able to see or hear the teacher well, which can lead to feelings of embarrassment and avoidance, and eventually a lack of participation. It might appear as if they’re distracted and not paying attention, while it’s really a different issue altogether.

Of course, it can be more complicated. If a child is facing something like dyslexia, and it hasn’t been diagnosed, they may be struggling with the compounded difficulty of dyslexia itself and the self doubt or feelings of inadequacy that come from not being able to keep up with their peers. For some children, they may not even realize that their experience is different, imagining that everyone has trouble organizing letters and words.

With learning disabilities, each child will face unique challenges. The response needs to be as unique as the challenge, and it’s important to avoid a misdiagnosis which can lead to even more difficulties.

While you might not immediately expect anxiety, it can be a big factor in children’s lives depending on their age. It’s easy to imagine that kids are less prone to stress because they just go to school and come home and have a limited set of responsibilities, but the reality is that anxiety is incredibly common across all age ranges.

Between academics and social situations, children might be facing a great deal of anxiety, even if their concerns are perceived as relatively small by nature. If a child seems inattentive, it may be because they’re so hyperfocused on achieving a specific goal, that they tune everything else out. Maybe they don’t participate in class and seem distracted, when in reality they’re too concerned with appearing imperfect or dumb if they get an answer wrong.

Anxiety is tough. There’s a huge range of intensity. Where one student just worries about getting good grades, another might experience an actual crippling fear of failure that stunts their engagement. As with everything else on this list, everyone will experience anxiety in their own way, and their coping mechanisms or the effects of that varied experience can be equally wide spread.

In many cases, anxiety might even mimic some of the symptoms of ADHD. A lack of focus, appearing spaced out, difficulty retaining a subject or keeping up with peers. Mental health is an important challenge that people of all ages face, and even younger kids can harbor some serious worries that lead to anxiety.

OCD is an interesting entry on our list. It’s another one of those popular conditions, in the sense that people tend to know the word and apply it in a number of inappropriate cases. Not everyone that likes to be organized has OCD. With a very specific definition in the DSM-V, OCD is related to compulsions and persistent thoughts or urges.

Given that the symptoms of ADHD and OCD would begin to appear at roughly the same age range in children, it’s possible that the two get confused by observation alone. OCD is also difficult to recognize in passing because children may be too young to fully articulate exactly why they’re compelled to perform their rituals, tics, or compulsions.

The obsessive nature may overtake a child’s ability to focus or participate in class, as they may be trying to suppress their compulsions, or fixating on one of their obsessions. While the fully realized form of OCD might be fairly obvious, in children or people working to cover up their symptoms, the symptoms may look like ADHD. Distractions, avoidance, or fidgeting may all be a result of a child doing their best to hide their compulsive behavior.

When is it ADHD?

The best way to find out is an official diagnosis. With mental health issues, it’s always going to be difficult to discern because of the number of factors in play. There’s the actual disorder, there’s how the person experiencing it filters and expresses that disorder, and then there’s the process of someone accurately recognizing and diagnosing the condition.

Mental health issues are best addressed early, however. As time goes on and we begin to understand the mind and its maladies more, the stigma associated with mental health is fading. It’s understandable that someone might be hesitant to seek a diagnosis, because it can mean officially recognizing a long, and sometimes difficult, process of learning how to manage and overcome the trouble stemming from a mental disorder.

In spite of that fear, seeking professional help is the right step to take because it puts you in conversation with people that understand. While not all mental health issues have a solution, or a resolvable prognosis, almost all of them have an established and evolving series of strategies designed to help reduce the impact.

At the end of the day, the only way to know if it’s ADHD or another mental health issue is official medical diagnosis. If you think you or someone close to you has ADHD and you’re interested in learning more, the ADHD Wellness Center has a wealth of information available, and we can link you with support groups and professionals that will know what you’re dealing with. It’s okay to have these issues, and there is help available. The ADHD Wellness Center is committed to building awareness and reducing the stigma and misinformation surrounding ADHD and related mental health issues.